As seen in British VOGUE magazine

This month, I have a little feature in British Vogue magazine this month (October edition), which is SUPER exciting!

I was contacted by British Vogue asking if I wanted a feature in their ‘Vogue’s Show Home’ section as they thought I’d bring something a little different to the feature.

I agreed and I am so happy with how it’s turned out. I will be featuring as part of a 3 month campaign so the advert will run right up until the December issue. 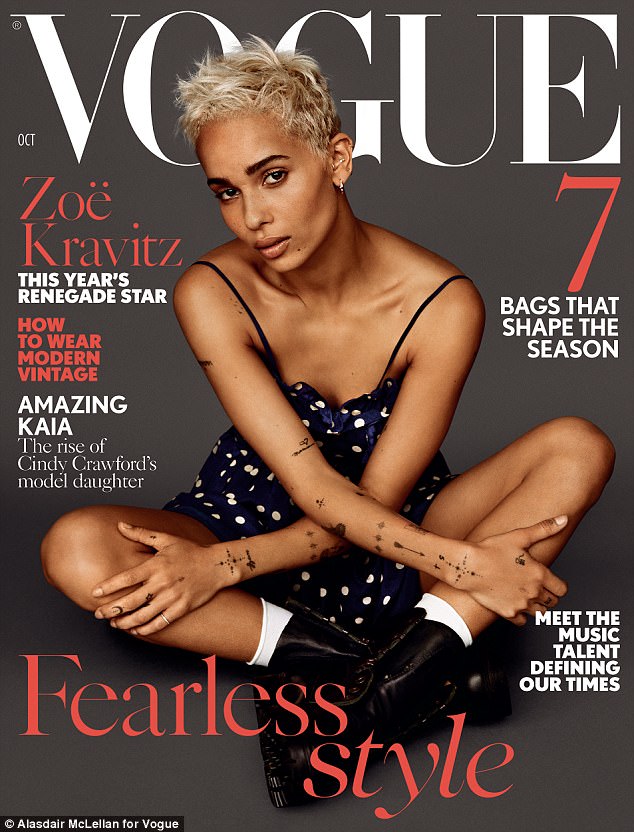 I’m allowed to change the image each time too, but I thought I’d start with my ‘show stopper’ piece, my magnificent black-shouldered peacock who stands at 6ft tall! 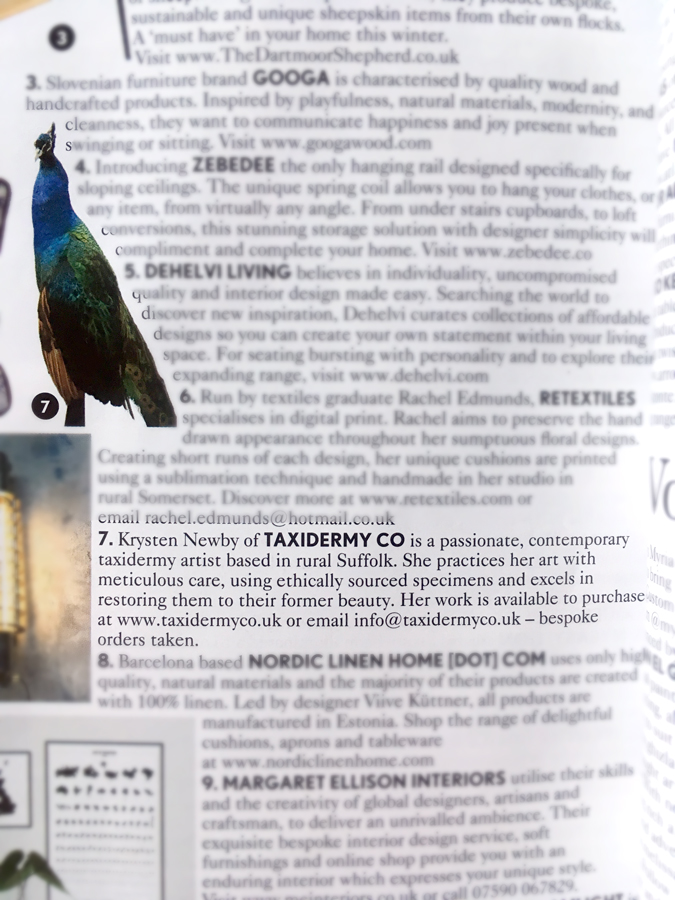 The write up reads:

Krysten Newby of TAXIDERMY CO is a passionate, contemporary taxidermy artist based in rural Suffolk. She practices her art with meticulous care, using ethically sourced specimens and excels in restoring them to their former beauty. Her work is available to purchase at www.taxidermyco.uk to email [email protected] – bespoke orders taken.

Only onwards and upwards from here!