Earlier this year, the Breckland Team of Natural England came across an antique, cased ‘corncrake’ specimen in a local antique shop.

They were very quick to realise that the specimen definitely was NOT a corncrake, but that of a Stone Curlew. The Eurasian Stone Curlew (Burhinus oedicnemus) is a bird very close to my heart, and the reason I met my other half! They are a very rare visitor to the UK and I’m lucky enough to live right where their breeding grounds are in East Anglia.

I’m even luckier to get exclusive access to them as I get to tag along with my other half who monitors them in the summer months in and around the Brecks. They are fascinating to watch and are FULL of character with those amazing yellow eyes (thought to have cured jaundice back in the Victorian era).

When I was given the taxidermy specimen, it was in a rather sorry state.

He was on the wonk, and needed some serious TLC. To begin with, I carefully prised open the case and removed the Stonie. I was careful and wore gloves and a dust mask as antique specimens are known to contain harmful arsenic which was a preservation method in those days.

I managed to clean off quite a lot of muck and dust from him, using diluted alcohol solution and a hairdryer to dry off and blow away existing dust.

Secondly, I reconstructed the eye and gave him some eyelids to make him appear less, uh, wired. Paintwork and rewiring was the final stage before cleaning the case.

I decided to make the habitat a bit more realistic and typical of Breckland heath, as well as painting the background of Weeting Heath – one of the Stone Curlew’s breeding grounds where you can get great views of them in the summer. 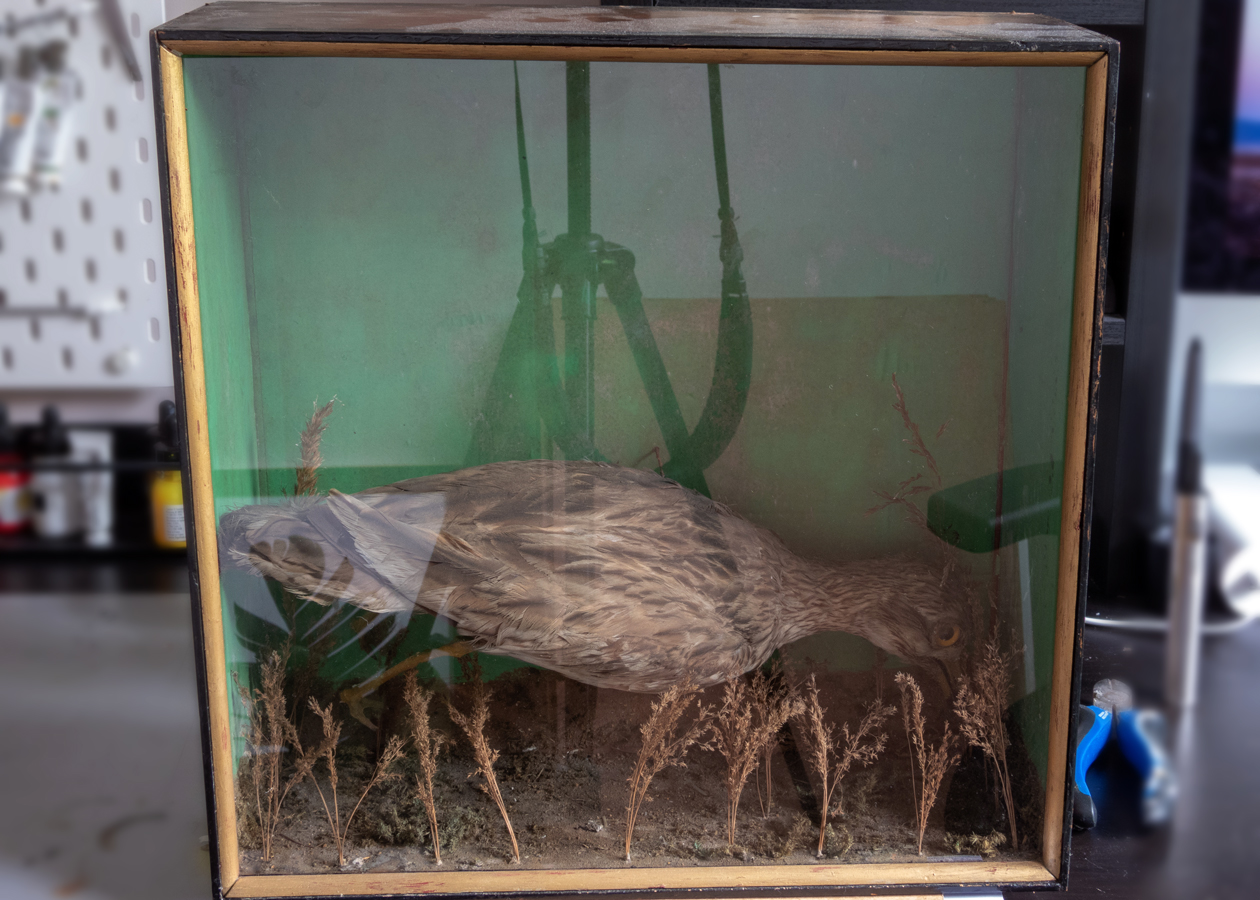 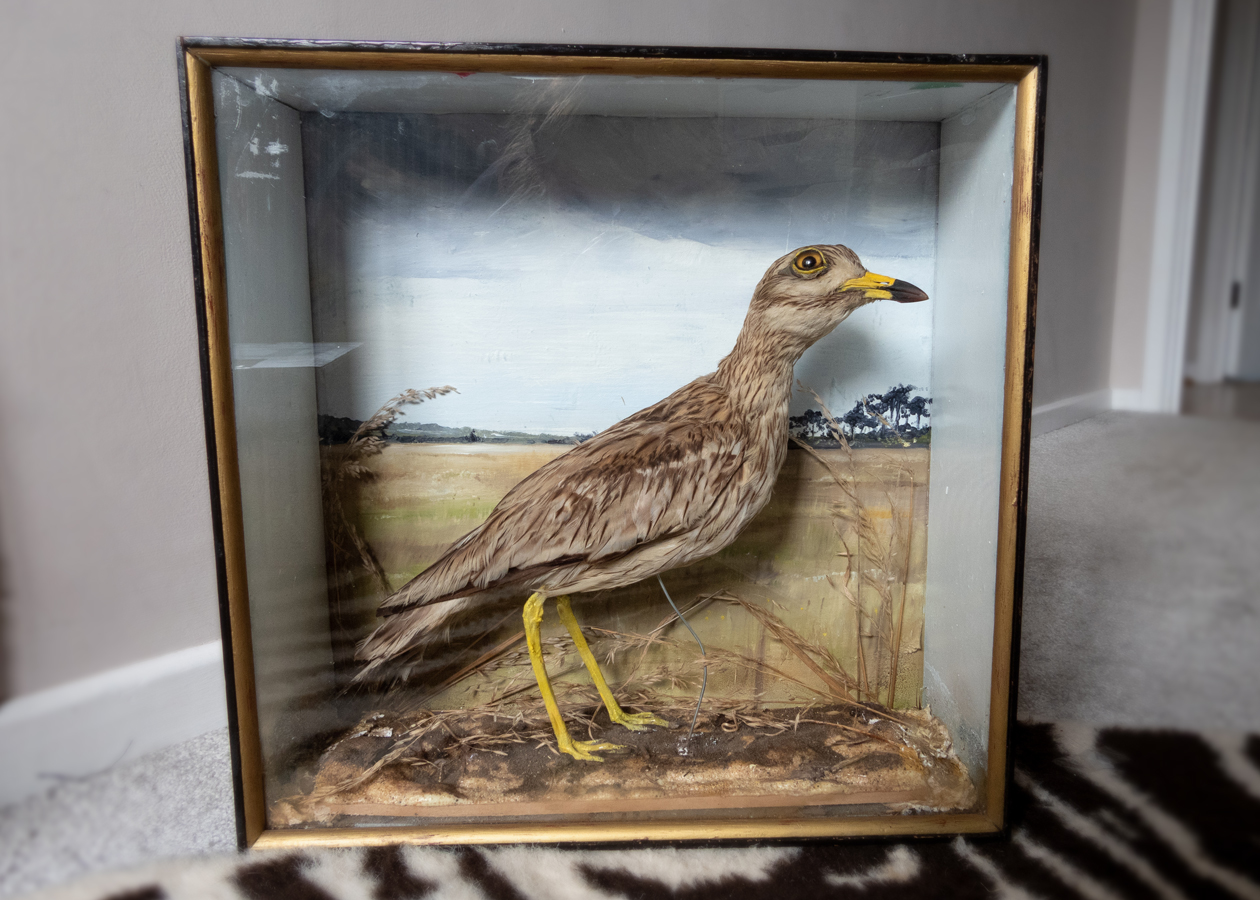 Natural England were really happy with the end result and they now take the taxidermy Stone Curlew around with them on their educational and training talks!