Sorry for lack of blog posts recently – following on from the last, my health has been playing up recently so I haven’t been able to get much done.

But here’s a few pictures of a lovely taxidermy Barn Owl I recently completed for a customer. This was my first ringed specimen I have worked with and found out it was ringed as a nestling in 2011 which was interesting!

She wanted it displayed in flight to accompany an existing tawny owl she had. She found the owl deceased in woodland, freshly dead, poor little thing.

I wanted to make the piece a little bit more dynamic by making it look as if the owl was just about to land on a branch. I did this by suspending the owl by one foot, having the other one ‘mid air’ about to clasp on to the branch.

At the same time, I did a bit of refurb work on the existing tawny owl she had (not mounted by me) de-dusting him and making him sparkle again.

I think the pair look impressive together!

I’m currently working on a full mount badger, so look out for that one in a blog post in the very near future, or see everything sooner as it happens on my Instagram page: @TaxidermyCo 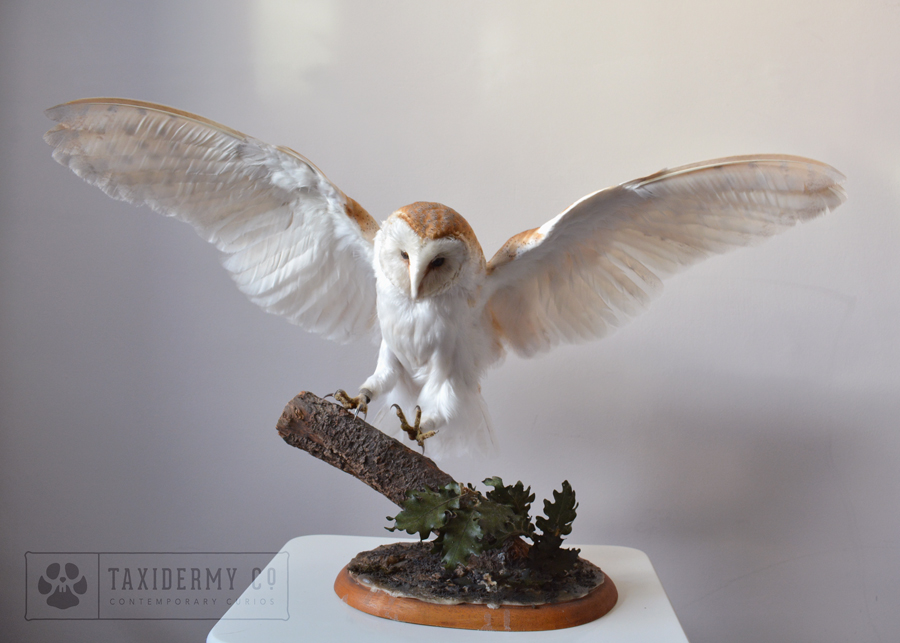 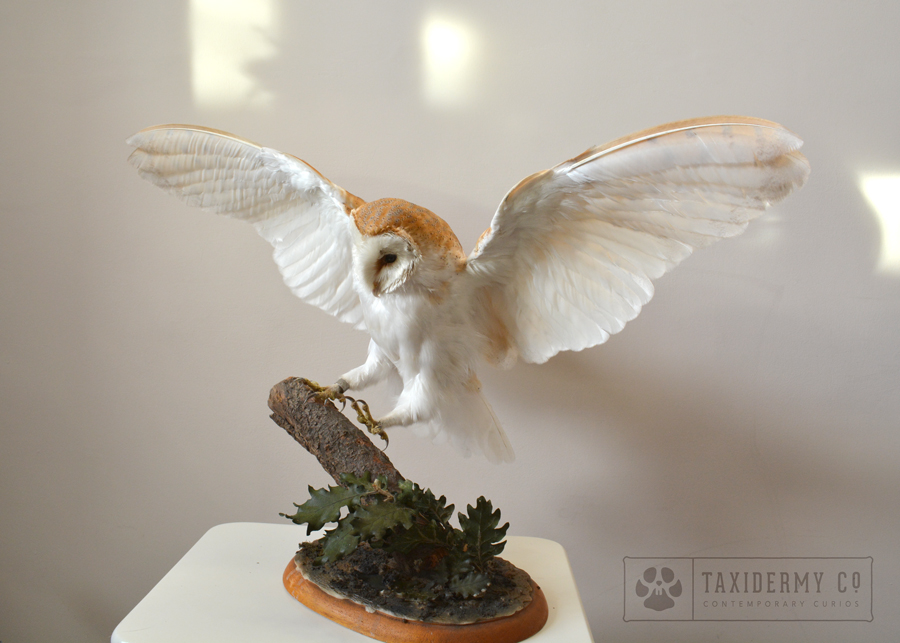 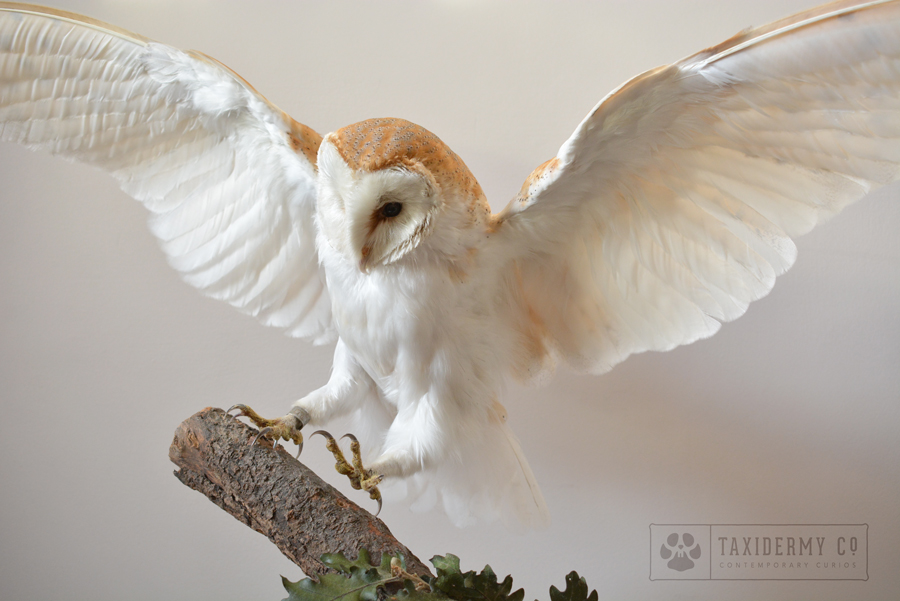 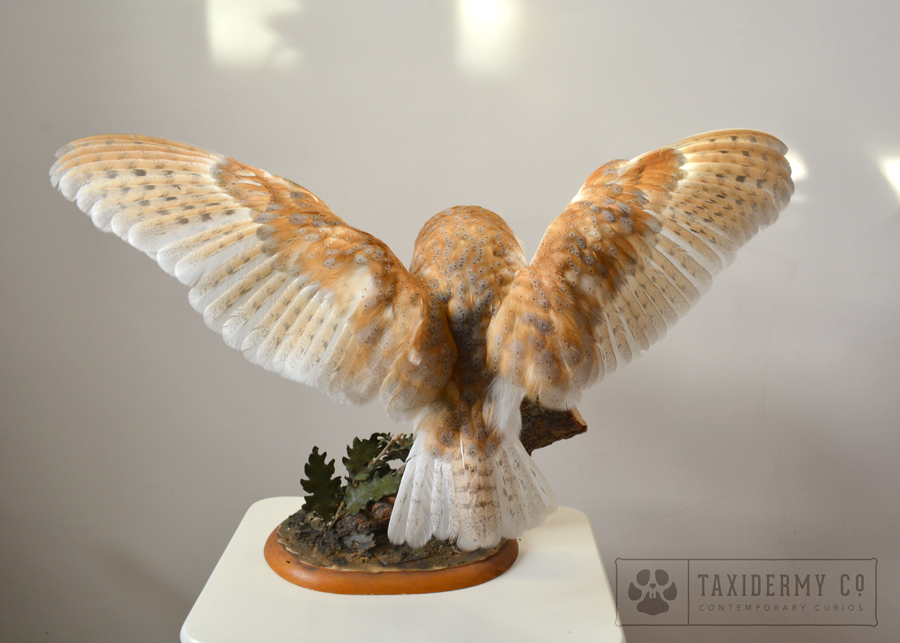 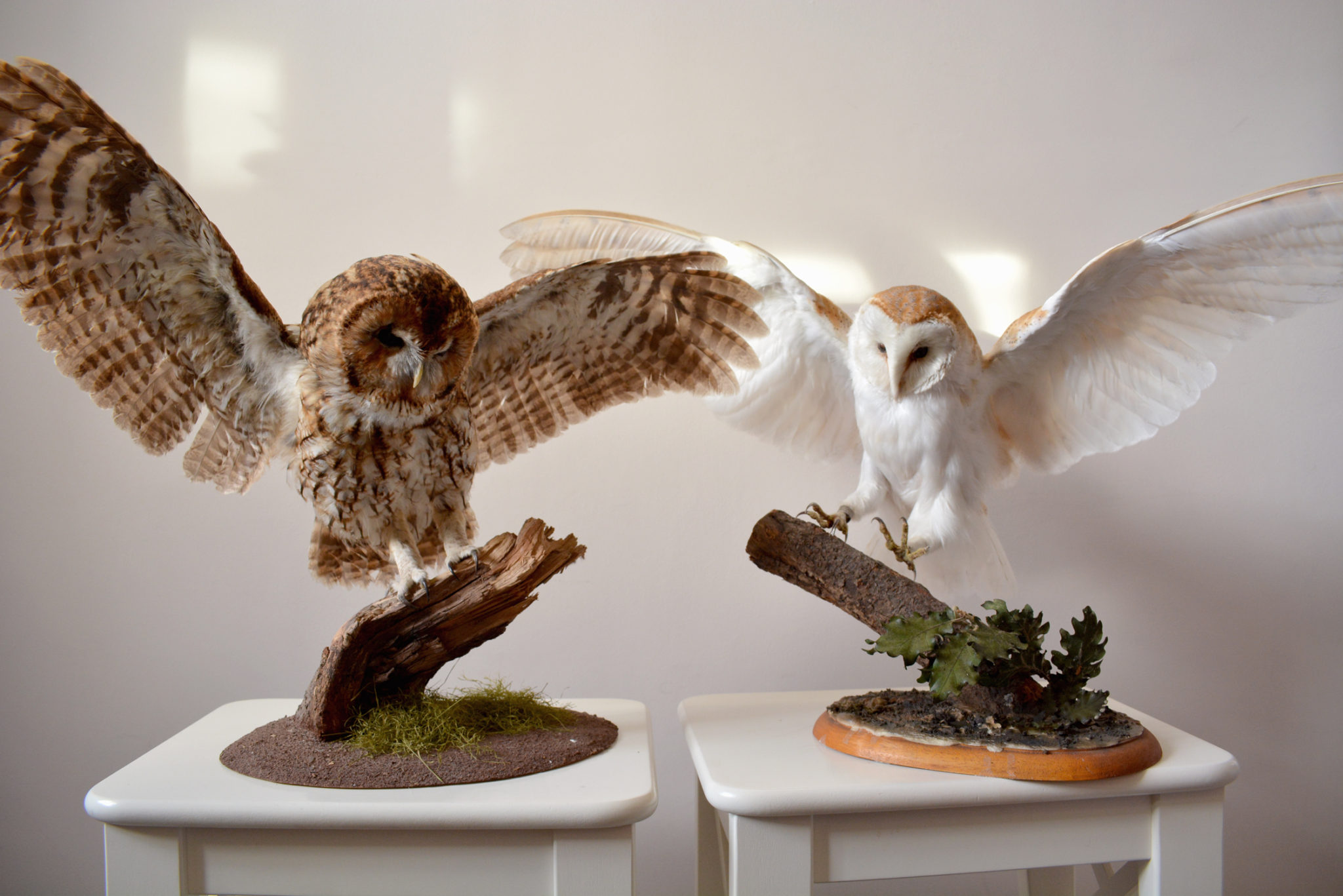