Here’s the latest commission all finished up – a lovely little Juvenile Green Woodpecker (Picus viridis) who sadly came in to my hands after flying in to a window.

I can tell that this one is a male, because he has signs of a red area within his black ‘moustache’, whereas females’ are solid black.

This is the first woodpecker I have worked with. I’ve been wanting to work with one for ages because they have some pretty cool anatomical features!

Also, I think from now on, I’m going to tell you a little fact about each specimen I work with, so here I go (this one will blow your mind):

Woodpecker’s skulls have a groove in between the eyes on the right hand side to allow for storage of their super long tongue.

I wanted to get some good photos to show you guys, but unfortunately this one’s skull was fractured really badly in to lots of pieces, so it made it a bit difficult! (I have a few more woodpeckers to do in the near future though, so I will show you in detail then, it’s SUPER fascinating!)

Along with a fractured skull, this young woodpecker also had some blow fly eggs embedded in certain areas – a taxidermists’s worst nightmare! So unforuately he is a little scruffy in some areas, but Juveniles are generally a little scruffy anyways – I think it gives him character. 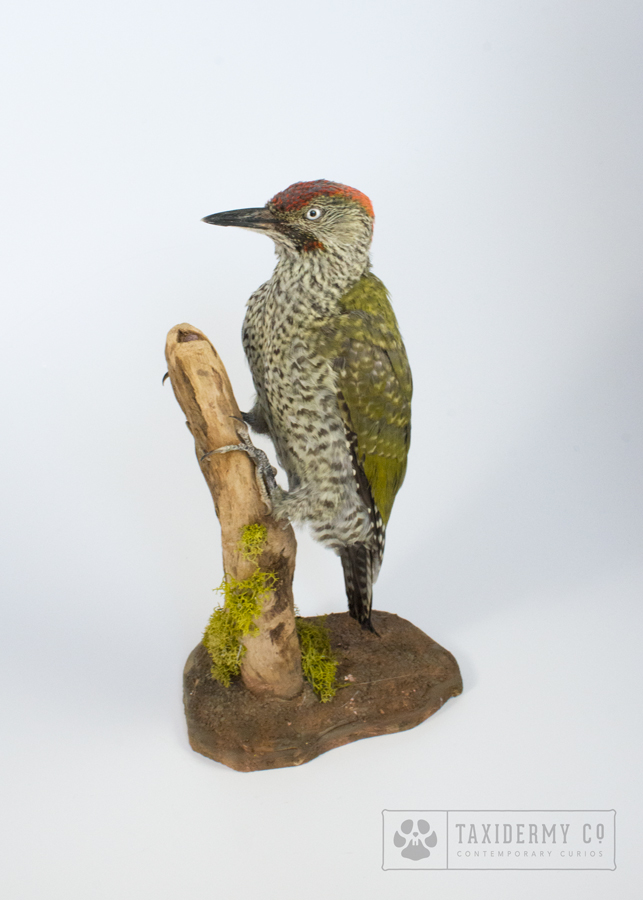 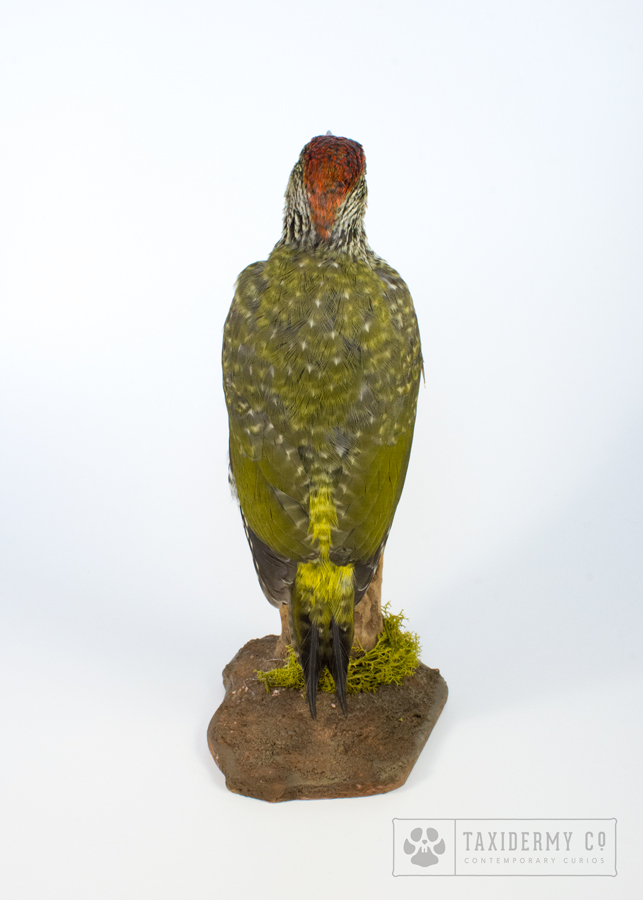 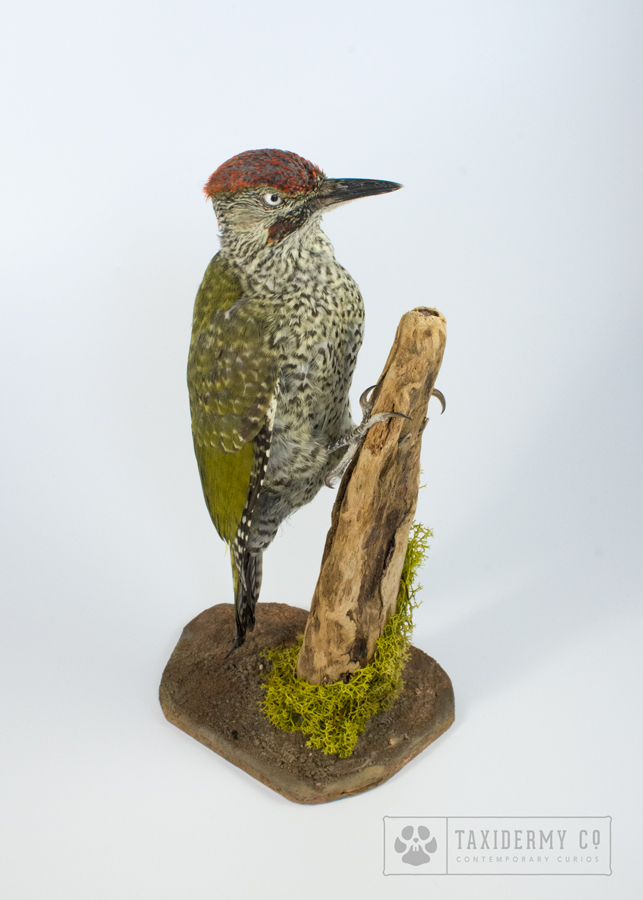