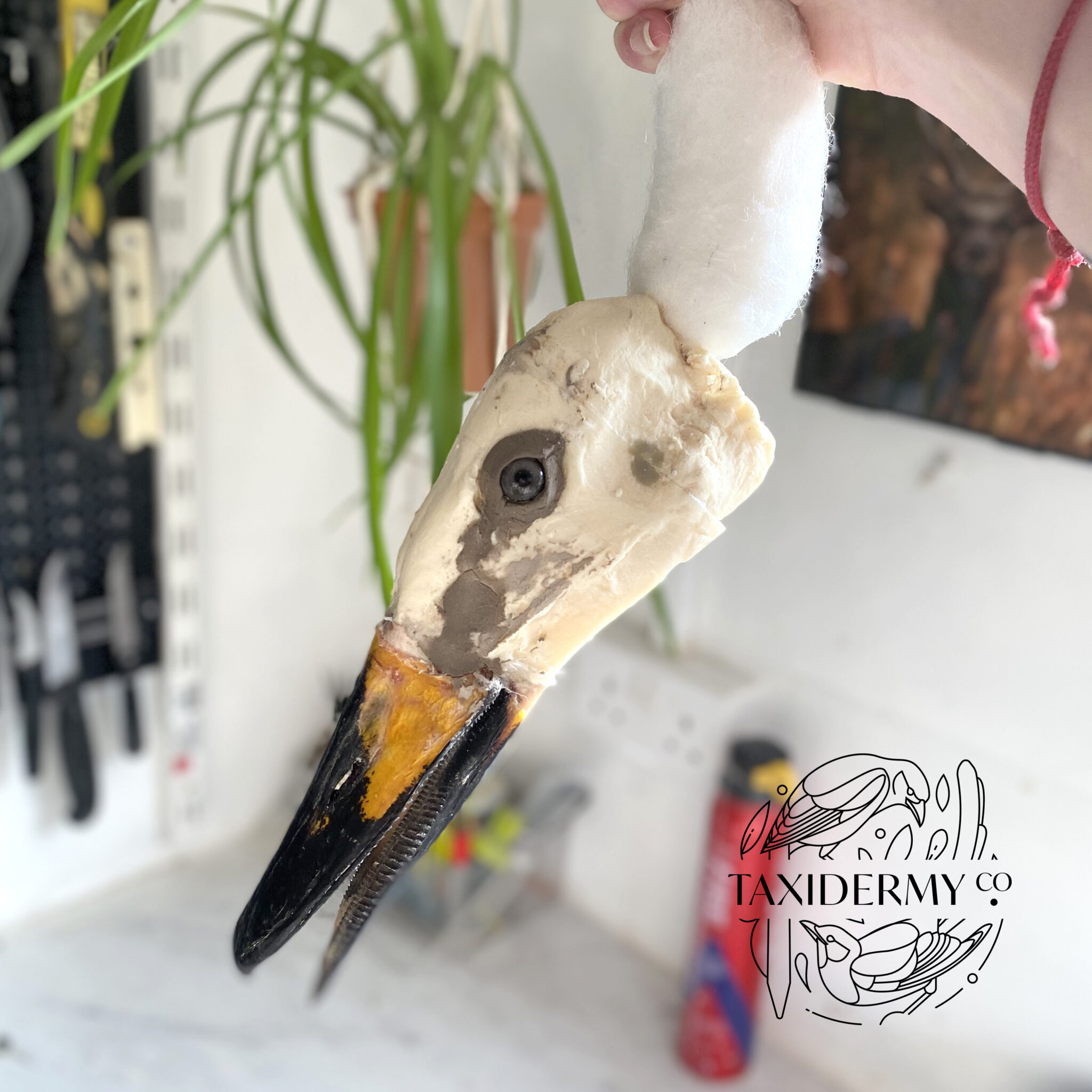 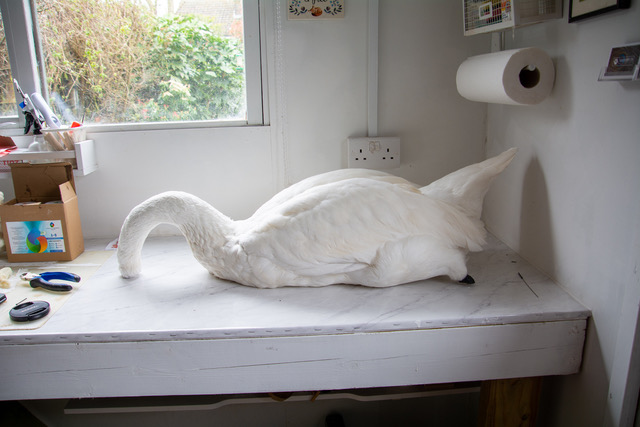 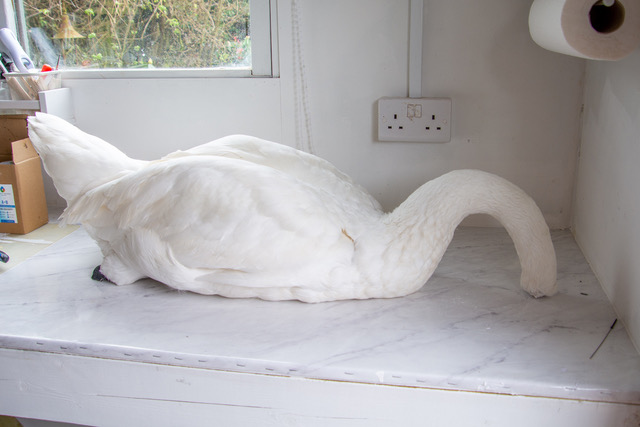 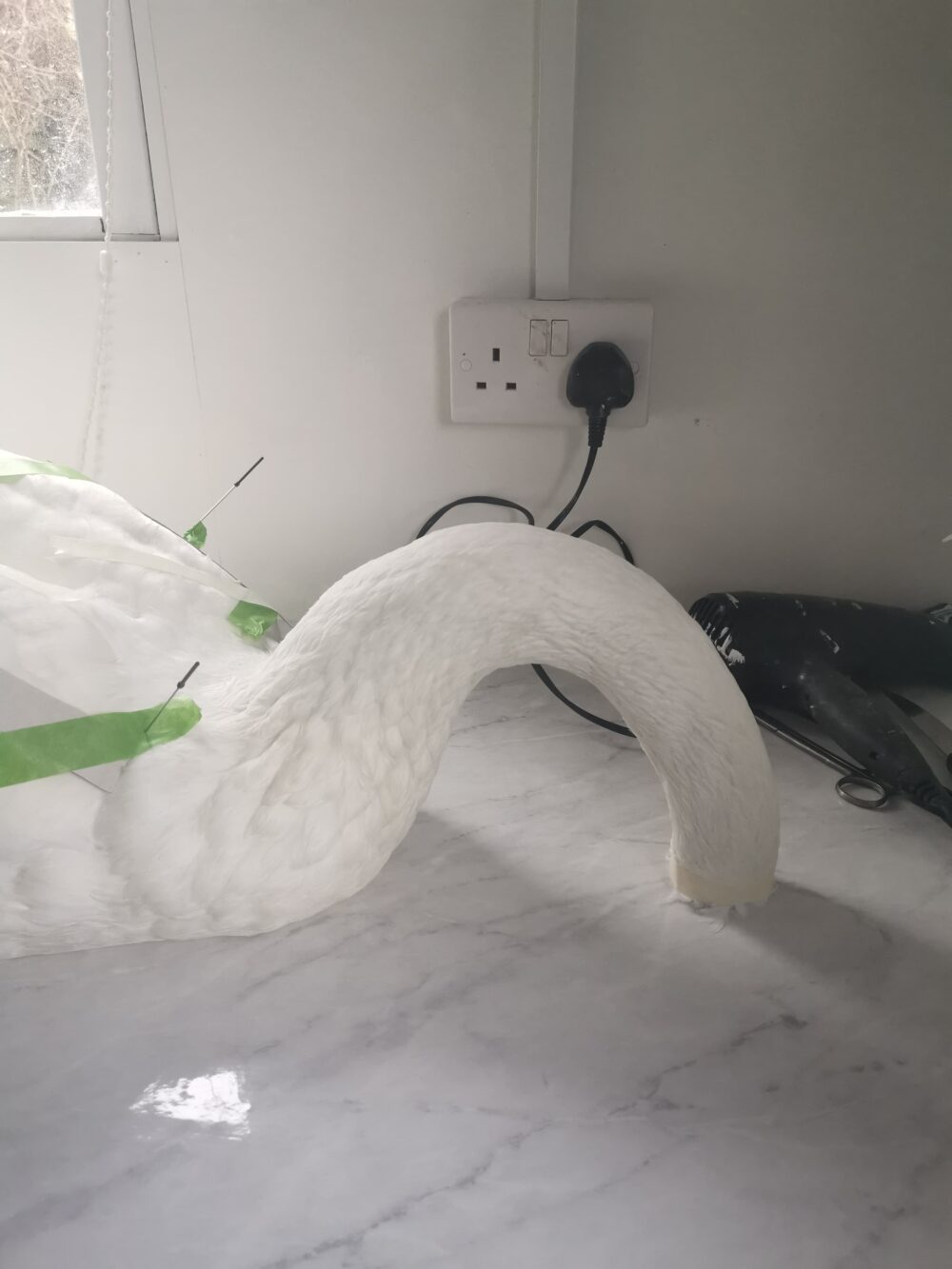 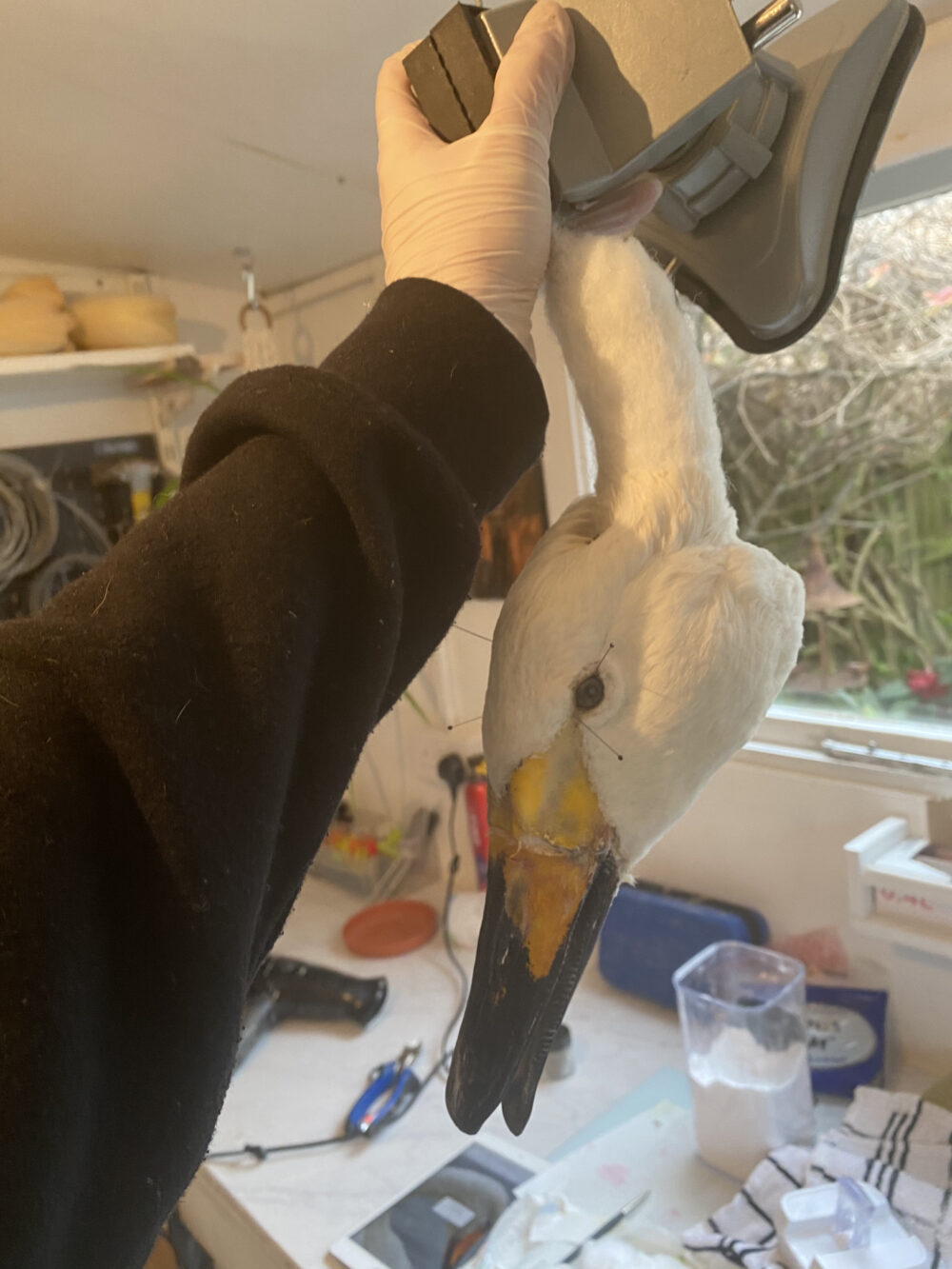 Well…this is certainly ‘up there’ with one of the more ‘alternative’ commissions I have had in a while, or probably ever!

In 2019, an exciting email popped up in my inbox from Toby-Jury Morgan who told me of his ideas for a headless swan in swimming pose for an upcoming art exhibit.

Immediately my interest was peaked and I accepted the challenge! Of course, every challenge is not without obstacles. The first being the legalities of working with swans, in particular Mute Swans (Cygnus olor).

In the UK, we have a plethora of wildlife laws that rightly protect the welfare and population of our fast dwindling, but ever so important, natural areas and the creatures that reside within it. Levels of protection between species status changes based on their state of vulnerability to further decline, which is carefully monitored by conservation and science sectors – it’s something that I have to constantly keep my toe in, as wildlife law is actually a rather big part in the role of a taxidermist and it’s ever evolving.

However, one law that is not so much based on the ecology of a species, but more so of a traditional, patriotic one is the prohibiting of killing and consumption of Mute Swan. This dates back to absolutely eons ago, where Mute Swans were considered a delicacy and were reserved for the tables and the mouths of the monarchy only! For whatever reason, this law has segwayed itself in to the current day, set out by the Royal Swan Marker and I am therefor not allowed to work or possess any part of a mute swan, unless it’s strictly for educational purposes with permission.

So that leaves me with the almost impossibility of working with the nearest looking species – the Whooper Swan (Cygnus cygnus).

Seeing as they’re a winter visitor to the UK and not abundantly seen, I wasn’t expecting to be able to source one, so amazement ensued when a fellow friend and taxidermist Elle Kaye had one lurking in her freezer that she was willing to part with, amazing news, thank you, Elle!

I am not going to lie when I felt a little bit sick with knots in my stomach cutting the head off, as this has always been the main area of focus on a taxidermy mount.

Toby was happy with the end result and further had the idea that he would like the head after all which I am working on this week. He quizzically positioned on the ceiling, right above the body to create a ‘wormhole’ illusion! I can’t wait to see the piece come together as a whole and wish Toby the best of luck and success with the exhibit.